Science, idea and social media are like three non-collinear points which can be joined to form a bounded figure representing the shape of a startup. These three can be considered to be the dynamic part of a triangle which tends to meet at the centroid if chased in all three direction. This centroid acts as the epicenter to trigger the formation of startups with the help of social media and science. I feel that everything in the world should be analysed mathematically because it is the best and most scientific way of finding the most correct solution to a problem and so the concept of SIS (SCIENCE-IDEA-SOCIAL MEDIA) was emerged. 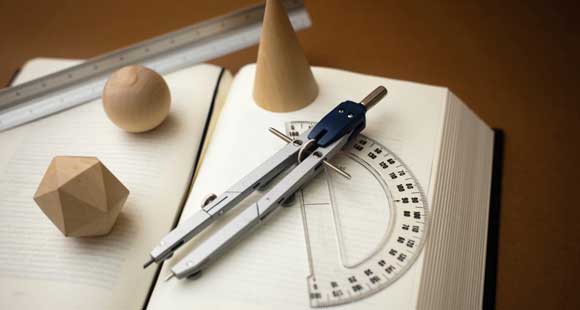 The bounded figure generated by joining these three points should be an equilateral triangle because all three have equal contribution in formation of a successful startup. But once the startup gets established, the shape of the triangle is no more equilateral. It becomes scalene, the longest side being the social media, as it takes the major role to reach out the customer.

The next point which gets included and in turn changes the shape of the bounded figure from triangle to quadrilateral is funding. It becomes the major point for startup to grow both in terms of product and team. as per report the first half of 2015 has seen a massive growth in terms of funding and this trend is likely to grow magnanimously in the coming years.

The most important factor which moulds all these factors is team.

All four factors along with the team generate a shape having the largest surface area i.e  circle.

This circle acts as a neutron in startup chain reaction. The geometrical structure perfectly defines how the shape evolves from an initial step to the development of a startup. The startup ecosystem consists of floating shapes which geometrically gives a perfect explaination of how ideas get converted into product. The speed with which human mind gives rise to an idea is complimentary to the speed of generation of such geometrical shape. The whole world of startup ecosystem can be included in these geometrical shapes and the budding enterprenuers act as the building block of such shapes. Everything in this world tends to generate a geometrical shape and the shape keeps on changing with innovations in science and technology and this innovations further aggrevate the social media marketing.

The circular shape which emerged as a result of continuous moulding, acts as a neutron and results in chain reaction giving birth to new startups. For example, the beginning of online shopping website gave birth to price comparison websites and logistics startups, thus one idea giving birth to another is scomparable to chain reaction..The birth of startups is a process which is dynamic in nature and continuously changes its form to initiate a chain reaction.

Priyanka Tiwary is a B.Tech. from BIT SINDRI , a startup freak  and a budding enterpreneur. Holding an offer from Tata Consultancy Service, she is volunteering at Headstart network Bangalore.