Bangalore-based ePoise Which Automates Interviews raises over $500K from Orios

Bangalore-based ePoise Systems Pvt Ltd, a startup in HR Space which automates interviews, is world’s first job interview marketplace on mobile. On ePoise, you can discover the most exciting jobs on your mobile and directly take the interviews.

ePoise, has raised over half a million dollars in first round of funding from Orios Venture Partners and other angel investors. The company has also launched its Job Interviews app that lets people find jobs, select and directly take interviews from their smartphones, at any time, from anywhere. 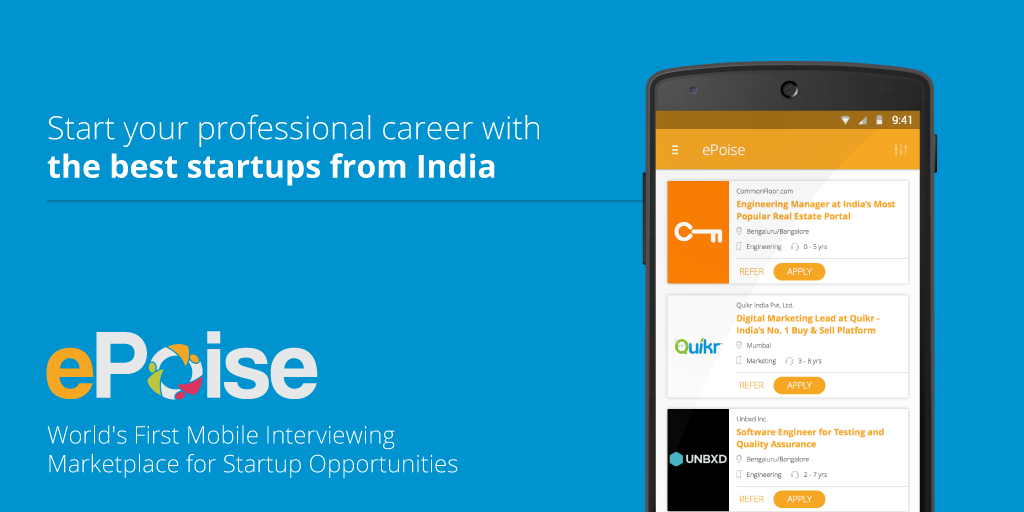 Orios Venture Partners had previously led over 17 start-up investments in India including Ola, ZO Rooms, Pretty Secrets and Pickingo, among others.

The company claimed that in one year, it has initiated close to 20,000 interviews for job seekers and companies and its latest app has already clocked over 1,500 downloads within the first week of its launch.