Celebrating the Spirit of Freedom, with the India's pride "Mumbai Dabbawalas"
Stories

The Story of Mumbai Dabbawalas

While talking about the Startups in India it will be only apt to talk about the much sought after Mumbai Dabbawalas. This has for sure been one of the very successful startup ventures that our country has seen so far.

A dabbawala is a person, who is part of a delivery system that collects hot food in lunch boxes from the residences of workers in the late morning, delivers the lunches to the workplace utilizing various modes of transport, predominantly bicycles and the railway trains, and returns the empty boxes to the customer’s residence that afternoon. They are also made use of by prominent meal suppliers in Mumbai where they ferry ready, cooked meals from central kitchens to the customers and back. 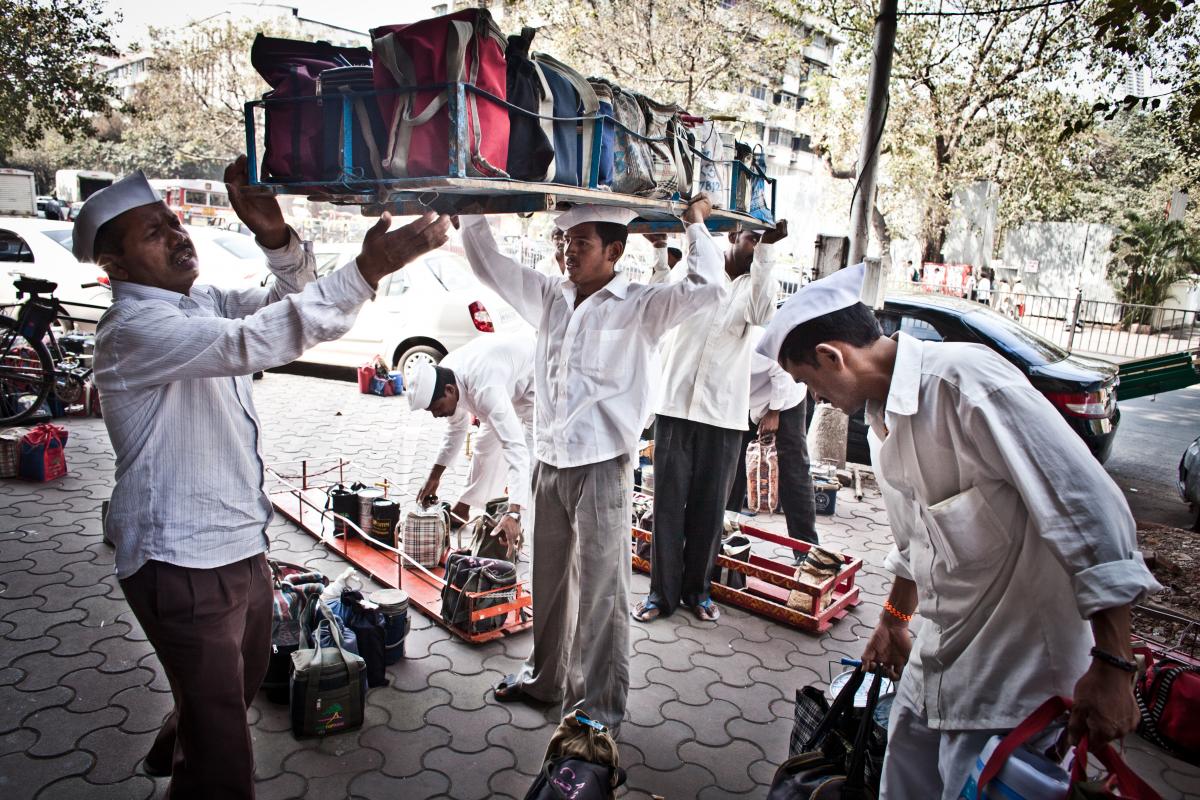 It all started about 125 years back when this Parasi banker wanted to have home cooked food regularly in office and gave this responsibility to the first ever Dabbawala. Other people also liked the idea and the demand for Dabba delivery soared.It was all informal and individual effort in the beginning, but visionary Mahadeo Havaji Bachche saw the opportunity and started the lunch delivery service in its present team-delivery format with 100 Dabbawalas. In 1890 Bombay, Mahadeo Bhavaji Bachche started a lunch delivery service with about a hundred men. In 1930, he informally attempted to unionize the dabbawallas. Later, a charitable trust was registered in 1956 under the name of Nutan Mumbai Tiffin Box Suppliers Trust. The commercial arm of this trust was registered in 1968 as Mumbai Tiffin Box Supplier’s Association. And as the city grew, the demand for dabba delivery grew too. The current president of the association is Raghunath Medge. In 1998, Forbes Global magazine conducted an analysis and gave them a Six Sigma rating of efficiency.

The journey of Mumbai Dabbawalas has been a fascinating one, where they have proved their mettle over and over again. Every day, battling the traffic and crowds of Mumbai city, the Dabbawalas, also known as Tiffinwallahs, unfailingly delivered thousands of dabbas to hungry people and later returned the empty dabbas to where they came from. The Dabbawalas delivered either home-cooked meals from clients’ homes or lunches ordered for a monthly fee, from women who cook at their homes according to the clients’ specifications. The Dabbawalas’ service was used by both working people and school children. In 1998, Forbes Global magazine, conducted a quality assurance study on the Dabbawalas’ operations and gave it a Six Sigma efficiency rating of 99.999999; the Dabbawalas made one error in six million transactions. That put them on the list of Six Sigma rated companies, along with multinationals like Motorola and GE. Achieving this rating and that too without the use of any technology or paperwork, and that most of them were illiterate or semiliterate is indeed has been a herculean task. Apart from Forbes, the Dabbawalas have aroused the interest of many other international organizations, media and academia. It has very well survived the threats from todays business environment but has manage to survive through and that too has done it very well.

A collecting dabbawala, usually on bicycle, collects dabbas either from a worker’s home or from the dabba makers. As many of the carriers are of limited literacy, the dabbas (boxes) have some sort of distinguishing mark on them, such as a colour or group of symbols. Lunch boxes are usually marked in several ways: (1) abbreviations for collection points, (2) colour code for starting station, (3) number for destination station and (4) markings for handling dabbawala at destination, building and floor. The dabbawala then takes them to a designated sorting place, where he and other collecting dabbawalas sort the lunch boxes into groups. The grouped boxes are put in the coaches of trains, with markings to identify the destination of the box. The markings include the railway station to unload the boxes and the destination building delivery address. At each station, boxes are handed over to a local dabbawala, who delivers them. The empty boxes are collected after lunch or the next day and sent back to the respective houses. Dabbawallas tend to belong to the Varkari sect of Maharashtra and consider Tukaram’s teachings of helping each other to be central to their efficiency and motivation. The service is almost always uninterrupted, even on the days of severe weather such as monsoons. Since 1890, when the dabbawalas formally came into existence, none of them had ever gone on strike until 2011 when the members decided to head towards Azad Maidan to support Anna Hazare in his campaign against corruption. Each dabbawala, regardless of role, is paid around 8,000 rupees per month (about US$131 in 2014). Between 175,000 and 200,000 lunch boxes are moved each day by 4,500 to 5,000 dabbawalas, all with an extremely small nominal fee and with utmost punctuality.

This for sure is an inspiration for the entire nation that is looking upto a new era of revolution in business ecosystem. The Dabbawalas are for sure a great example to emulate for everyone. It goes without saying that the hunger to succeed and and the grit to surpass all odds on the way is the right receipe for success. So, bon appétit.